The Edge of Everyday 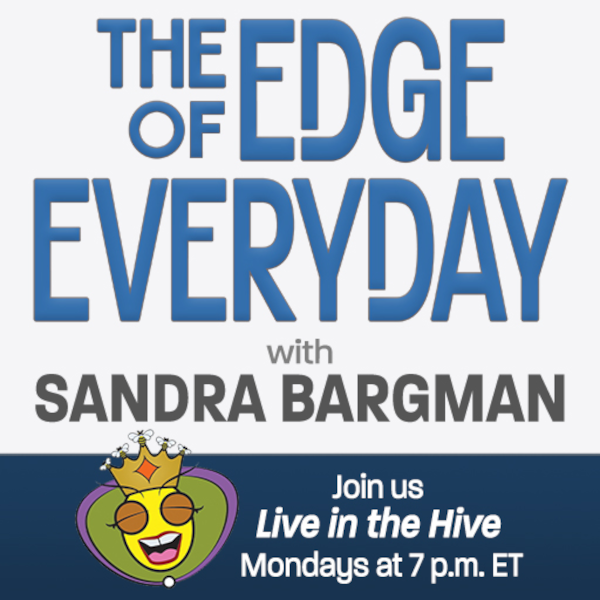 WHAT WILL THE AUDIENCE LEARN?

- What is Conscious Leadership and how can it be cultivated within yourself and your organization?

- What is Enneagram and why it's a masterful tool for self-discovery and for use in team building.

- What is Feminism in today's world and how is Female Leadership changing?

- All this and so much more!

Dr Lynne Sedgmore is Chair of the Glastonbury Town Deal, leading an investment of nearly £25 million for the town. She was awarded the CBE - Standing for Commander of the Order of the British Empire -  in 2004 for services to Further Education. Lynne specializes in fostering high performing and self-aware leaders. She combines academic rigor and practical organizational experience as a CEO, alongside powerful insight, emotional intelligence, rapport and the ability to be deeply present to individual and organizational needs.

We discuss Conscious Leadership, what it is and how it can be cultivated. Along side that we discuss shadow work and our relationship to power within organizations. We talk about the wide range of Feminisms of today and female power within present day structures.

And we discuss her groundbreaking book, Goddess Luminary Leadership Wheel and her creative and powerful synthesis of the best of leadership development with an immersive experience of Goddess spirituality.

Tune in for this edgy conversation at TalkRadio.nyc

Sandra welcomes her guest, Lynne Sedgmore, founder of the Goddess Luminary Leadership Wheel teachings, poet, interfaith minister, and Chair of the Glastonbury Town Deal. She has worked in 10 different countries to develop leadership and specializes in fostering high performing and self aware leaders. Sandra knows Lynne through edgewalkers.org. The executive director of the organization, Judi Neal, was also a guest on the Edge of Everyday. Lynne speaks about Judi being a heroine of the women who had explored spirituality in work. Lynne has developed a great relationship with Judi over the years and has looked at her as a role model. Sandra invites everyone in a 30 sec of quietude, deep breaths and presence; she honors Lynne and honors her work and leadership. Lynne talks about presence and what it means to her. She explains that it allows us to access wisdom and appropriate responses beyond our ego reactivity. She also speaks about learning meditation and how she teaches it in her luminary program. Sandra also reads a piece called “Prayer to the Bees” from the Book of Shadows.

Sandra and Lynne talk about the Enneagram Personality Test. Lynne says that she deserved this in the early 1990s. It gave her a “and so what” feeling. She is very passionate and fascinated about the Enneagram and how she learned more about herself. She also talks about using shadow work in Enneagram. Lyne says that this enables us to bring into the light the parts of ourselves that we just don't understand. Before working on this herself, she never understood why people were so scared of her. She would look at herself as someone who showed a lot of love, care for others and was able to take charge, but didn't understand how others received her. She has now worked on this with other people and has seen teams in her organizations change in their performance because they better understand each other. It's about understanding your impact on others and your perspective. Lynne also discusses conscious leadership; she says it's being self aware and having the intention of being the best leader one is capable of being alongside with others.

Sandra talks with Lynne about the Goddess Luminary Leadership Wheel teachings. She offers as seen on her website, “the best of leadership development with an immersive experience of Goddess spirituality.” Lynne says that she's explored spirituality since she was 6, being brought up as a christian. She also spent 16 years practicing buddhism. She also trained as an interfaith minister. Lynne says that she felt okay with patriarchal religions, but she likes exploring mystical spirituality. It was ten years ago that she decided to immerse herself into Goddess spirituality. Lynne immersed herself in this and then decided to do her own leadership program. She has experimented every form of leadership herself through a goddess spirituality lens. Lynne describes this as a radical feminist act. This is to encourage people who want to have spirituality in their leadership to imagine an image of a female goddess. Lynne also speaks about feminism and what it means to her. She explains how her work is for all people and it's about exploring “how to access the whole spectrum of what it means to be a spiritually divine human being.” it isn't binary, rather its everybody being able to express the part of themselves that are undeveloped and havent been encouraged. She also discusses her book the Goddess Luminary Leadership Wheel book.

Sandra lets us know that Lynne has three books of poetry and chants. Lynne is also a songwriter. She asks Lynne what is her leading edge and what's next for her. She talks about enjoying being Chair of the Glastonbury Town Deal. She also mentions wanting to explore more when it comes to being crafty. She just started making prayer beads for example for her students. You can find Lynne’s book everywhere online. On her website you can slo find her publications. Lynne mentions how she likes writing creatively and academically. Sandra asks Lynne an interesting question: if you could spend an hour with anyone in history, who would it be and why? She responds with Gandhi. She talks about how much he achieved in decolonizing and how much he achieved in a non violent and spiritual way. Martin Luther King was another person she mentioned. She also answered about what theme song she would have if she had to choose. Lynne gives advice to young women moving into leadership roles. She says that it's really knowing who you are, what your passion is, finding your mentors and supporters and understanding that you need a certain level of comfort in the whole. She says to be yourself with skill and know what you want to contribute. You can find Lynne Sedgmore on Linkedin and on her website at lynnesedgmore.co.uk where you can also find more about her work and her books.