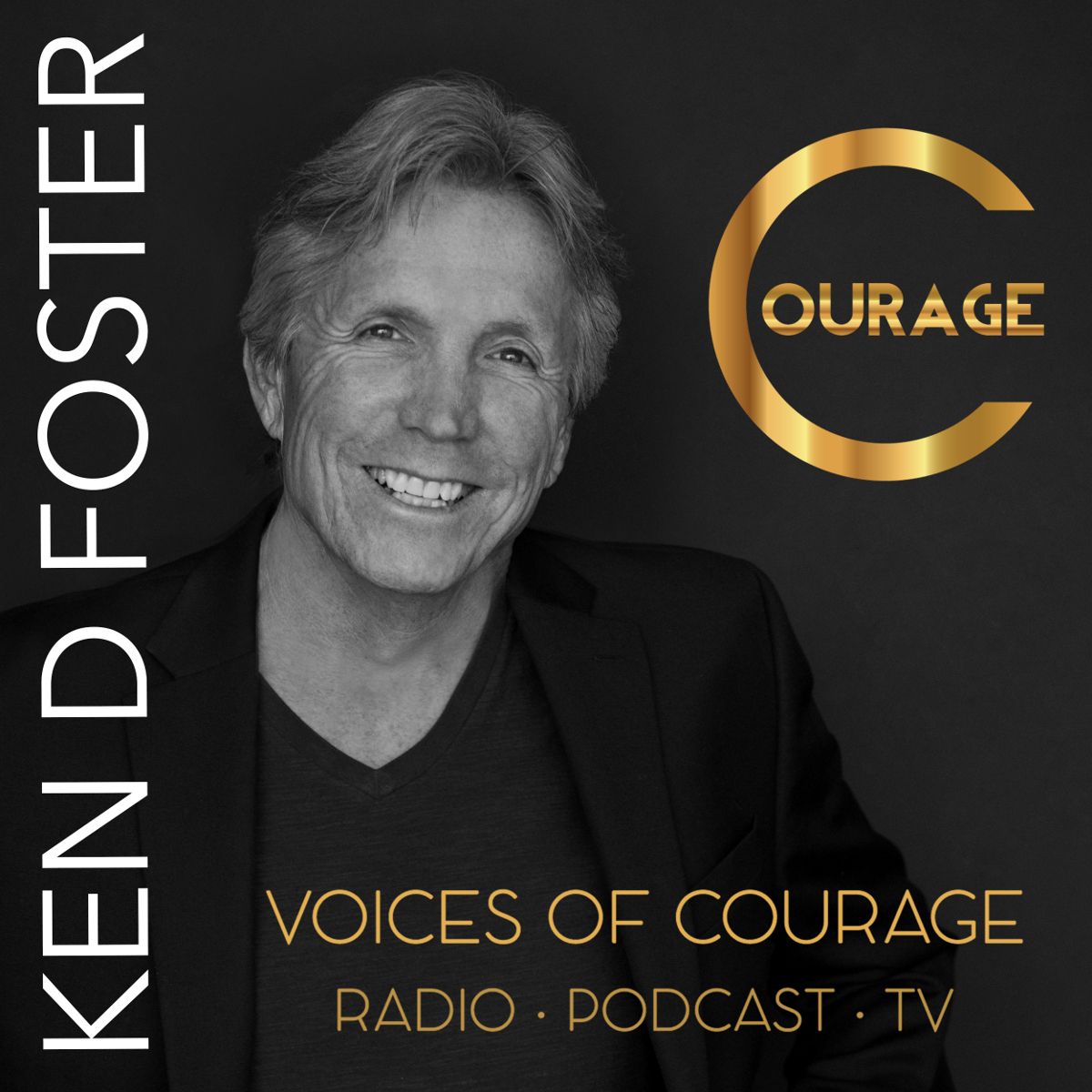 [NEW EPISODE] The Courage to Change Your Course

This week on Voices of Courage, Ken D. Foster is joined by Teri Smith-Pickens, an award-winning and best-selling author and speaker, mental health practitioner, and coach, and Eric Moseley, a social impact documentary filmmaker/homeless advocate, actor, director, author, and businessman, to discuss the courage to change your course, release fear-based thinking, and move forward with your dreams.

Host Ken D. Foster opens the episode by sharing a story about skiing with his grandson, and how his courage to change his own course of thinking allowed him to conquer a daunting ski slope. He continues to speak about how excuses hold people back from taking their lives, professional or personal, to the next level. He introduces the first guest, Teri Smith-Pickens, a bestselling author and mental health practitioner who had a supernatural revelation in 2007 that changed the course of her life, giving her the courage to confront mental health issues in children's lives. Her new book, “The Irrational Fear Cure In Four Miraclulous Steps”, which details how it’s possible to get through our fears, but only if we can recognize that we are afraid. Denial is the first step, making it clear that it is important to identify the problem in order to get over it. Teri explains how many don’t have faith in recognizing powers higher than themselves. If one is living in a fear-based mode, which shuts down your rational mind. The moment that one begins to talk about their fear, is the moment they can begin to let it go. Teri explains that we don’t have to hit bottom before beginning to get better. She emphasizes the importance of living in the moment while you can.

The next segment opens up with a discussion on the importance of parents removing fear from their children's lives, protecting them from a primitive moment in which their brain could be eternally switched to fear-mode. Teri hopes that her book helps parents prevent their children's primitive brains from being frozen in a protective posture, which will force them to live in a fear-based mode. If one recognizes that they have fear in their life, talking about it through therapy is the best place to start. Teri stresses the importance of removing the stigma of speaking about our feelings, whether it be through therapy or just speaking to friends and family.

Ken returns in the next segment by introducing his next guest, Eric Moseley. Eric speaks about previous life journey, involving drugs and gangs, which led him to being homeless with his child. He speaks about the role that fear played into this path down a dark road and how his fear of never improving his life had nearly stopped him from saving his personal life. He continues to work with the homeless in Skid Row, and explains the different classes of homeless, upper, middle, or lower. He speaks about how homelessness has no barriers, therefore it’s something that everyone should protect themselves from. Eric also explains signs that people exhibit that may lead to them becoming homeless. He speaks on his own experience being homeless and how he made it from the ground up. He discusses how he met Michelle Obama, and personally gave her a copy of his documentary, “Cries Out To Obama”.

The final segment opens with Eric speaking about the mindset that it took to change his life for the better. The first sign that showed him that he needed to change his ways involved him almost dying from a drug overdose in front of his daughter in Seattle. His mindset after becoming sober was knowing that God had a mission for him, and that drugs were not a part of it. He gives a message to those who are still homeless, saying that there is a way out and that God has a plan for them. Eric also discusses the impact that Tyler Perry had on his life, and how his story inspired him to get his own life together. He also speaks about “Captain Negro”, a superhero that he had created that teaches against racism and the bridge for diversity. He also discusses his production company, “Skid Row Journey Productions”, their main mission to be in correspondence with the U.S. President, showing him a deeper look at social issues. He also gives his message to politicians, and his new documentary that asks people in power to spend 12 hours on the streets, showing them the real life situations that those on Skid Row live in. Teri returns to give her message to the world right now, which involves preventing children from creating a life of fear for themselves. Eric quotes Nelson Mandela for his final message, urging listeners to leave the world a better place than they found it.