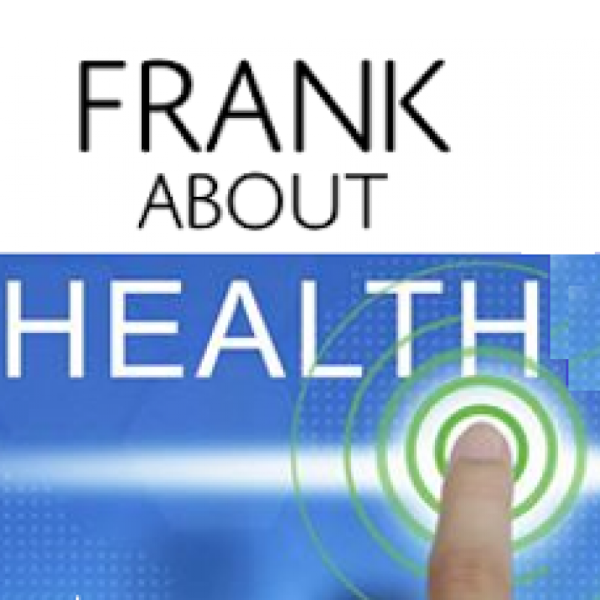 Episode 7 of Frank About Health is a conversation between James Dwyer and Frank who are 2nd Cousins where they were able to reconnect through 23&Me in 2019. 23&Me.com is famous for looking at DNA to determine nature vs nurture causes for medical illness.

While Jimmy and Frank were united through the test, they were able to share through weekly conversations knowledge and understanding of how certain traits can influence diseases like diabetes, high cholesterol, epilepsy and cancer due to the RNA already broken down in the study. This episode will show how being united with family can enhance Quality of Life!

Frank and James talk about DNA testing, and what it means for the world of healthcare. Frank and James discovered they were second cousins through 23&Me. Frank brings in insight from his perspective as an epileptic, which is a genetic condition, and his desire to trace it back in his family to see where his epilepsy came from. It’s possible that a lot of conditions that people think are common or environmental may be traced back to genealogy.

Frank and James talk about the genetic predisposition for cancer, and how knowing in advance if your children might have cancer can help get ahead of the curve in preventing it, as well as other ailments. They sing the praises of 23&me, crediting it with allowing them to learn more about their family, and personal health.

Frank and James further push for dna testing, urging listeners to be responsible with their predispositions for illnesses and prevent against them, both for themselves, and in case they may be at risk of spreading an illness to others. They mention how their native american ancestry makes them predisposed to have certain illnesses. Indigenous people, when the united states was first colonised, were not as inoculated against foreign illnesses as the colonists were, and thus were more susceptible to certain illnesses. They move on to talk about the delta variant of COVID-19, and how dna factors into immunity.

Frank and Jimmy wrap up by talking about the importance of understanding their family trees, and talk personally about things they learned about their family through DNA testing. Jimmy was interested in learning where his family came from, and exploring the timeline for his heritage. Frank talks about learning more about his italian heritage, and how it felt to uncover that part of his family. Jimmy wrote a book for his grandson about discovering their grandfathers, which is available on Amazon.