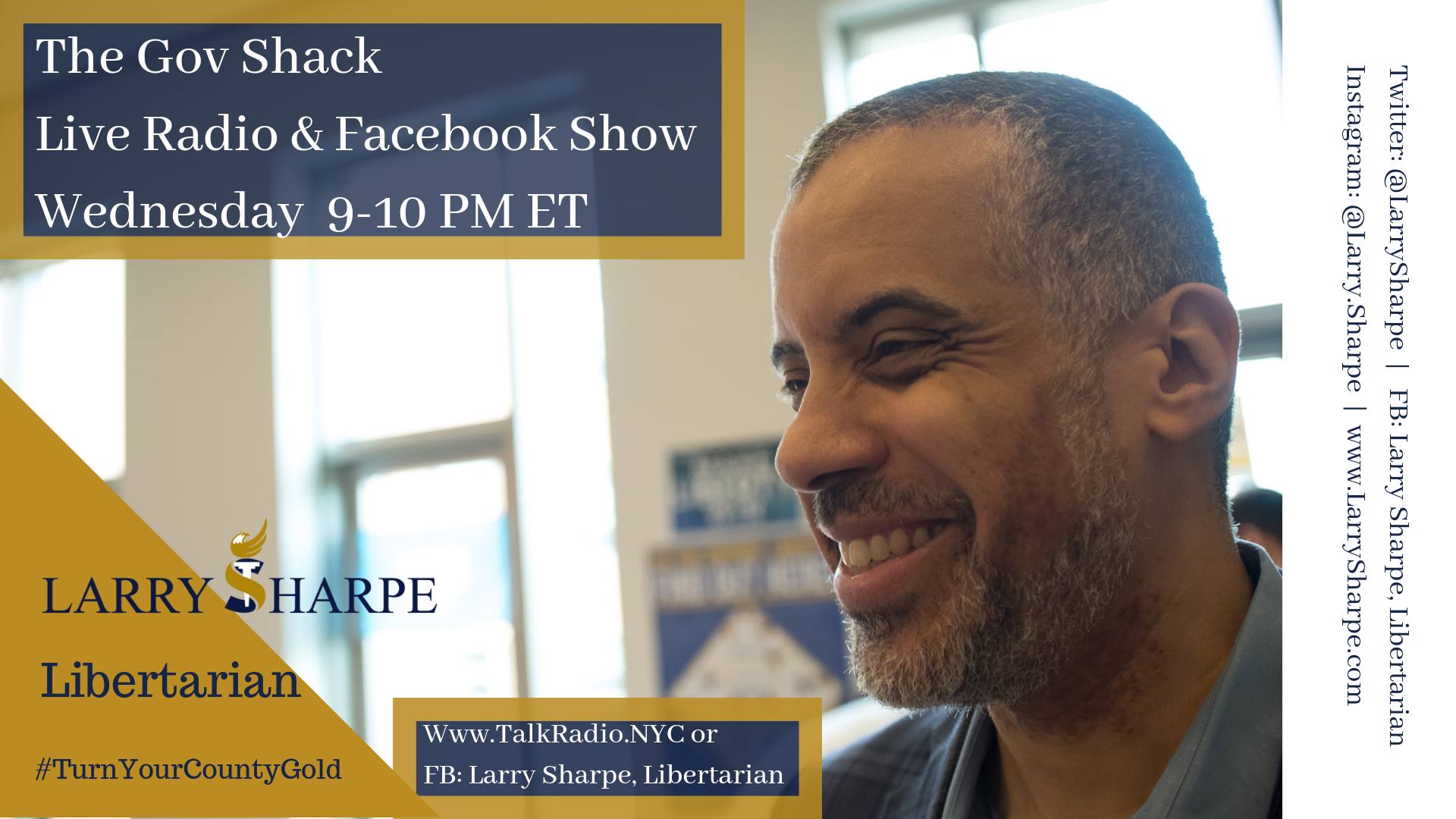 [EPISODE] The Future of NYS

Yes, Larry is back and he's still talking all about New York State Politics, and how we can be and do better!

Segment 1 Larry returns for his first show since Election Day. The show is now The Gov. Shack. He shares his hope that his campaign and its message will continue to resonate with New Yorkers. He expresses his pride in the accomplishments of his campaign and will continue promoting his ideas in New York and around the country. Larry discusses how the establishment and status quo won the election. Larry confirms his commitment to continue working for change.

Segment 2 Larry talks with Tommy Brown about their success swaying Democrats and Republicans to vote Libertarian. They find inspiration in how they’ve been able to create advocates and activists for the Libertarian Party who will stay with the party past this election cycle. Larry stresses the importance of money and infrastructure in creating a successful campaign. Larry explains his platform on tax breaks vs. tax subsidies for businesses.

Segment 3 Larry reflects on how he’s continuing to work for the Libertarian Party and encourages listeners to continue supporting his efforts. Larry explains the state of the Republican Party and demonstrates how Libertarian Party is the real opposition party in NY. Larry describes his disappointment with the lack of support from some Libertarians. He tells how his campaign created a model for future Libertarians and stresses the importance of commitment for future candidates.

Segment 4 Larry takes a caller who shares how people across the nation responded to Larry’s message. The caller share words of encouragement for Larry to continue his movement. Larry’s next caller brings up family court reforms; Larry proposes the changes he would make to improve the family court system. The final caller discusses the problem with NY’s dependence on natural gas. Larry explains how he would look to break government backed monopolies to protect consumers as a solution.

If you want to join this movement, LarrySharpe.com